The acute benefits of taking cold showers are changing my life. I believe (and there is a lot of research) that they can help you reach new heights in your own life—including greater happiness and self-efficacy.

For your reference, see the bottom of this post for some research on the science behind the benefits of taking cold showers.

One Year of Taking Cold Showers

I “leaned into” the discomfort, made peace with it, and neutralized it.

The outside temperature in Kentucky today is a dreadful 18 degrees Fahrenheit (minus 7.8 C).

I took a deep breath, exhaled, and turned the shower knob fully to COLD. The pipes made their terrible groan, a warning that I had opened the hellgates and trouble was coming. Two seconds later, as the last of the precious warm water worked its way through the plumbing, I was hit with a blast of freezing water.

My diaphragm reflexively caused a gasp, but after that, I quickly slipped into a peaceful place. No, I didn’t die, but instead was able to push back and quell the surge of panic and adrenaline that gets triggered by the icy water. My mind became as calm as if I had been meditating for 20 minutes, which I used to do daily.

Meanwhile, my sympathetic nervous system was shouting for control. Epinephrine shot into my veins. My lungs convulsed and wanted to hyperventilate. My heart tried to race as automatic brain functions were pushing for fight or flight.

I leveraged the power of my frontal lobe to calm the rest of my brain. I “leaned into” the discomfort, made peace with it, and neutralized it. When I rotated and the freezing water hit my back, again, I felt another wave of stress rise up. But before that wave could crest, I neutralized it with calm breathing and focus. I felt a physical high1 from the natural cannabinoid release.

When I got out of the shower, I could see the snow coming down outside. My skin was red and purple, but I didn’t have to suppress a single shiver. My natural thermogenesis did its job. I dumped out my usual second cup of coffee; there was no need for it. I already felt clear, focused, and vibrating.

Anyone who has read some of my Vagabonding Life blog could distill one pervasive theme—well, actually, two:

1) You should quit your corporate job and seek happiness.
2) I hate being wet and cold.

Sure, who doesn’t hate being wet and cold (except Wim Hof “the Iceman” himself)?

I feel like I’ve already paid my dues. Training was all too often wet and cold in the Army. My pants once froze to my body for two days while I was caught in a winter storm on the Appalachian Trail. I also suffered frostbite while lost on a glacier in the Himalayas.

I’ve been cold enough for one lifetime. There’s a reason I’ve spent much of the last 15 years on islands in Southeast Asia. The Equator and I are old friends. I would be perfectly happy to do away with winters for the rest of my life.

So why the masochistic start to the day? I began this bizarre experiment over a year ago and watched as the benefits of taking cold showers have slowly spread into other areas of my life.

Admittedly, taking a cold shower is a heck of a lot easier while living in Bali. As mentioned, the outside temperature in Kentucky today is a damp, miserable 18 F (minus 7.8 C). But I decided to “stay in the fight” and see what happens. So far, taking cold showers has exceeded my expectations for results, and I want to share them with you.

Kentucky winter has served as a crucible and better proving ground than the tropics. I have been tested and passed.

How Taking Cold Showers Can Help You Quit a Bad Job

Cold showers increase your sense of self-efficacy—and boost your internal locus of control.

As Johnny from the Cobra Kai series would say, “They make you badass.”

Cold showers increase your sense of self-efficacy—and boost your internal locus of control (independent travel can as well). In other words, how much you feel you are in control of your own life.

As sentient beings that are wired to survive, we spend a lot of time in reactionary mode. We are also naturally inclined to avoid discomfort and stress. Your comfort zones, even if they include an unfulfilling job, are just easier to navigate than the stress of escaping them.

This natural tendency to seek comfort and avoid stress is what keeps us from reaching greater heights. It makes us soft. The old gym cliché still applies when we’re talking about quitting a corporate job to create a better life: no pain, no gain.

For the duration of that cold shower, as icy water is pouring over your body, your automatic brain will be signaling pain and danger. After all, hypothermia can kill. These cold showers provide a unique opportunity to get in contact with your survival response in the luxury of a controlled setting.

Better to figure it out in the shower than trying to do so in the mountains.

There will be a wimpy voice in your head (the old you) reminding you over and over that the knob is right there, two feet away. You can easily end the stress and discomfort at any time.

Assuming you’re showering alone, no one would know any different if you aborted and turned the knob back to warm.

Taking cold showers is a daily gut check of your courage, integrity, and determination—some useful characteristics for becoming a badass.

As retired Navy SEAL David Goggins is often quoted saying, “We have to do things that suck [to grow].” Make no mistake, even though I’m pandering on about the benefits of taking cold showers, they do suck.

But that’s the thing. If you begin each day by voluntarily doing something that sucks, what can the events encountered throughout the rest of the day do to you?

That troubling conversation, email, meeting, traffic, or whatever will feel trivial for a badass who just faced down the body’s automatic fear of cold and discomfort.

During the first few weeks of cold showers, you’ll find yourself in a reactionary mode. Your automatic brain will be pulling the levers and controlling your response. Enduring the cold water becomes a miserable waiting game. You just want it done.

You get through them with grit and determination, but you are not in control.

So how do you know when you’ve crossed the invisible threshold, the place where you’ve “arrived”?

It’s simple: You’ll no longer dread your cold shower. Bizarrely, you’ll actually crave and look forward to it instead. I’m serious. And when you share this exciting development with friends and family, many will grin, nod their heads, and secretly wonder if you’re okay.

Fortunately, before you reach that twisted turning point, you’ll still be able to reap the benefits of taking cold showers anyway.3

How to Start Taking Cold Showers

As with other endeavors, I tried to go “all in” on my first cold showers and quickly got my butt kicked.

My neighbors probably wondered what was going on next door as I cursed, convulsed, and pounded the wall.

Instead of starting with complete cold, I suggest the same approach Wim Hof recommends: work your way up incrementally.

Even turning the knob to COLD for five seconds and then quickly back to WARM is still better than never turning it at all. You can cycle between warm and cold; constricting and expanding the blood vessels has some benefit. Work your way up until the COLD is on for longer and longer.

Eventually, you’ll want to end with the shower being cold so your body grows conditioned to warming itself back up.

I personally begin with a warm shower to wash my hair first, then I begin the cold phase and wash the rest of my body. I don’t go out with cold water in my hair. The 18 F outside would quickly freeze my hair in place and probably cause me to scare children. I start with warm for only long enough to wash my hair and then switch to cold.

I always finish with cold water over the face. As noted, this has cut my coffee consumption (improving my sleep), and I can feel my facial skin tightening and toning—a good thing to feel at age 45.

When the cold water hits your body, don’t hesitate; immediately turn in a circle while getting control of your breathing.

Expect to hyperventilate. Be safe—you may become lightheaded. Get control and force slow, even breaths. Close your eyes, look inward, find the part of you that’s reacting to the cold, and calm it down.

Orient your approach with self compassion.

When finished, shut off the water, get out, and look at your red skin in the mirror. Bask in the hard-earned endorphins, cannabinoids, and immune response.

Enjoy feeling like Superman for a moment, then go be a badass.

I received Wim Hof’s book The Wim Hof Method: Activate Your Full Human Potential4 for Christmas but had already been taking cold showers for over a year.

I heard a lot over the years about the crazy Dutchman who climbs mountains in his underwear and performs other amazing feats. His workshops were on offer while I was in Ubud, Bali (surprise), but unfortunately I dismissed him. There are a lot of people making claims and selling workshops (especially in Ubud).

After reading his book and experiencing the benefits of taking cold showers for a year myself, I realize Wim Hof is the real deal. Some of his YouTube videos are hilarious. His passion is obvious, and he knows his stuff. He is, indeed, a badass.

One recurring theme really stands out in his book: He doesn’t consider himself “special” or some sort of guru. Anyone can accomplish amazing things with consistent cold exposure.

He doesn’t keep his methods secret because he genuinely wants to help people.

We have an opportunity every day to train and improve ourselves by taking cold showers, and doing so doesn’t add a single minute of time to the morning routine.

I can’t wait until my next one.

Disclaimer: As you can see, there are no expensive acronyms that follow my name. I’m not a doctor, only a reformed hacker and engineer. I’m writing here about the benefits of taking cold showers I experienced in my own life and how they boosted my efficacy. I think you’ll discover the same, but do your own research and be safe—especially if you already have medical concerns. I almost blacked out (from hyperventilation) the first few times I tried a cold shower.

1. North American Journal of Medical Sciences. Scientific Evidence-Based Effects of Hydrotherapy on Various Systems of the Body. May 6, 2014.

3. The Benefits of Cold Showers. 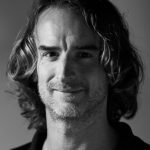 Greg Rodgers escaped the Rat Race and Corporate America in 2006. Today, he’s a vagabonding writer and adventurer.
Download the eBook