Talking With Your Family About Travel 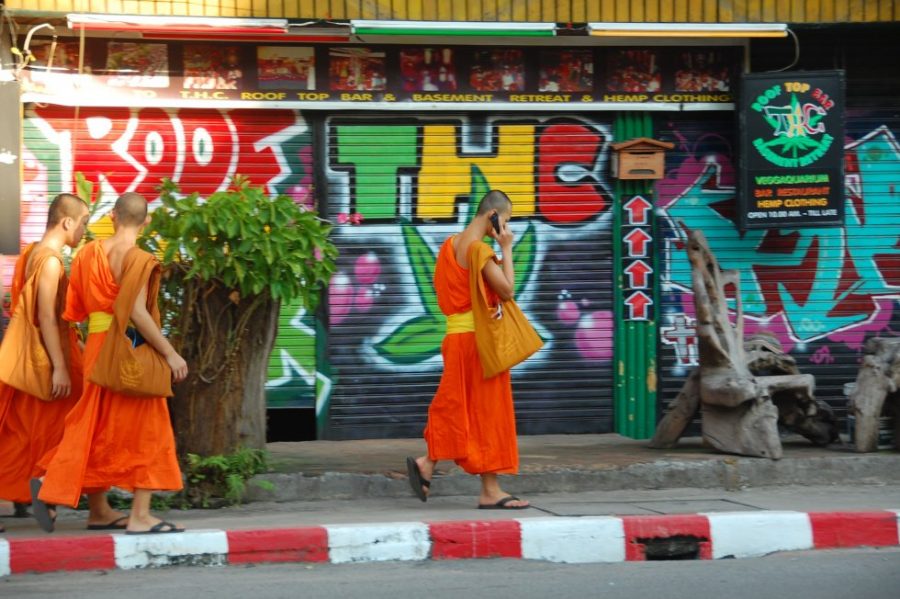 Today, we’re going to cover the right way to approach talking with your family about travel.

Extensive world travel is one of the fastest ways to achieve personal growth. That said, unfortunately, someone always gets left behind. Some of these loved ones and closest members of your circle may express concern—or even complete resistance—to the idea of your leaving.

If no one in your immediate family has gone on an extended vagabonding trip, you can pretty well expect some resistance when you share your plans. They may discourage you and push back, subsequently creating more stress during an already volatile time when you need as much support as you can get (e.g., while you’re leaving a corporate job).

Even worse, you may experience feelings of guilt for causing these important people in your life to feel sad.

As with all human interaction, the first step to talking with family about travel is to strive for emotional intelligence. We need a better understanding of why they feel the way they do.

Not Everyone Understands Your Plan

If few people close to you have traveled extensively, you could begin to doubt your decision. Planning a big trip is exciting, but unfortunately, the actual tearing down of an infrastructure and getting ready to go can be stressful. First-time travelers, in particular, know all too well the stress and pressure of getting ready for an extended trip.

I’ll never forget the feeling of finally slumping into the seat on my Delta flight that took me out of the country for the first time. Instead of feeling nervous or excited about what was to come, I was simply relieved that the hell of saying goodbyes was behind me.

When you’ve been dreaming of a vagabonding trip and are working hard to make it a reality, the guilt you feel about leaving loved ones behind only exasperates the stress. If not careful, you could even begin to feel some resentment toward the people who seem to be actively resisting your efforts to pursue happiness.

Do your best to be gentle when talking with your family about travel. Although misguided, their intentions are probably good. You can remain kind while still resolute in your decision to travel.

We are strongly shaped and affected by our environment, which very much includes the people we spend the most time around.

The effects of the environment aren’t just psychological; they manifest as physical attributes, too. A study conducted by scientists from Harvard and University of California, San Diego, revealed that your likelihood of becoming obese increased 57 percent if a close friend had become obese.1

Other studies show that your closest friends affect your susceptibility to smoking, depression, and a myriad of other things. Even your friends of friends, whether you’ve met them or not, affect your happiness levels by up to 10 percent, per a study published on the BMJ and reported by the Harvard Gazette.2

Once you’re surrounded by like-minded people who also escaped conventional lives to begin traveling, you’ll realize that you did make the correct decision after all. You just have to break free of the gravity of your old environment.

They Don’t Want You to Change

Neuroplasticity fades with age, and unless we push back, so does our ability to embrace change. Life has enough variables, so older friends and family members don’t like to see you become another one. They’ve built a paradigm based on your behavior over the past decades. Suddenly feeling like they don’t know you anymore would be sad and something to be avoided.

The truth is, you will change as you travel extensively. Being exposed to the extremes of humanity as seen on the road, along with lots of new experiences and solo time for self reflection, will undoubtedly change you as a person—but that’s a good thing.

Unfortunately, even your personal growth could be viewed as unwelcome by the people closest to you. They don’t like to see deviations from the stability they’ve come to expect over decades. Sometimes the chasm that forms between the new you and your old friends is too deep to cross.

You can consider this gap as a sort of filter. The strongest, most sincere friendships will survive and go on to become even better. Friendships that would have proven less healthy will fade. No need to burn any bridges, but you can redirect the time into strengthening bonds with the people you want in your new life.

They See Your Success Differently

Since my first trip around the world in 2006, I’ve come to realize there are two types of people when action and adventure are concerned. In the Army, we would say you’re either the type who “goes toward the noise” [of battle] or “away from the noise.”

No battleground necessary—a much safer test can be conducted in a living room. People in Group A who are watching a National Geographic or BBC special about the jungles of Sumatra might feel a fever in their souls. They experience a thrill and burning desire to go see the orangutans, volcanoes, and indigenous communities in person. They feel discontent at being relegated to the living room.

People in Group B who are watching the same special begin thinking about all the leeches, disease-laden mosquitoes, and lack of basic comforts. They wouldn’t be wrong, but unlike Group A, they become especially grateful for the comfort, predictability, and safety of the living room.

When you tell your Group B friends, the ones who are grateful for a leech-free living room, that you’re going to actively pursue discomfort (and pay for it), they may question your decision. Their vision of success and happiness is different from your own. They love you and want you to succeed, so they worry you might be making a mistake.

Americans, in particular, are told at a young age that deviating from a linear, A-to-B career path may cause them to fall behind in the Rat Race. Around age 17 we decide what we’re supposed to do for the next 45 years or so. Friends and family members fear that while you’re off climbing a volcano in Sumatra, your peers will get ahead of you. They may embrace Benjamin Franklin’s idea that “time is money” more than you do.

When talking with your family about travel, you can remind them that life experience, new connections, and resilience are keys to becoming successful—and there’s no better way to accumulate all three than by traveling the world. You’re actually boosting your chance of success in all areas of life by becoming a well-rounded person.

Friends May Feel a Sense of Loss

A clinical review of 148 individual studies showed that having close friends increases your survivability by up to 50 percent.3

That’s just in regular daily life. I’m willing to bet that number goes even higher during a zombie apocalypse or other time of need.

So if having close relationships with people can literally be a matter of life and death, you can bet that your closest friends and family members aren’t going to be thrilled at the idea of you going far away. In a sense, they need you to survive!

Everyone knows, despite the best of intentions, friendships are more likely to fade when calling is difficult and face-to-face visits are no longer an option.

The only real way to counter this is by frequent enough contact and reassurance while you are away. The challenge comes when an unsustainable precedent gets set.

Don’t accidentally set expectations for communication so high that you’re always hurting someone’s feelings when it doesn’t work out. Remember that communicating from a faraway place can be more challenging than while at home. You may have to deal with time differences, poor connectivity—and hopefully—you’ll be out enjoying yourself more.

Ideally, you should be mindfully focusing on the place you’re visiting rather than spending too much time communicating with people back home. A smartphone can pull you out of the present geography far too easily. A phone always in hand could also cause you to meet fewer people—the best part of traveling.

Smartphones, despite their usefulness for staying in touch, are deliberately designed to create pulses in dopamine; these can be detrimental for drive and motivation. With your dopaminergic needs already met by a device, you’re less likely to “forage farther” afield. In other words, you’ll have less interest in going out to meet people.

The best approach is to enjoy your travel moments in the moment, even if solo, then share them later once you’re back at the guesthouse or hotel. Take photos but resist the urge to post, upload, or share them in real time with people back home. Instead, wait until the end of the day to relive the moment with them.

When Someone Thinks You’re leaving Because of Them

A few loved ones may think your leaving to travel has something to do with discontentment. They may take your decision to go away personally, as if they didn’t do enough to keep you happy.

Even if do dislike your job and want to start over, pursuing additional happiness doesn’t necessarily have to start with unhappiness. You can explain that to loved ones. Emphasize that you think you can achieve additional happiness by seeing the world, and the only way to know for sure is to go do it. You can tell them that you don’t want to spend life wondering “what if” by not taking a chance.

Although your family may still not fully understand why you’re leaving your comfort zone (which includes them), they hopefully want to see you achieve your highest potential for happiness.

The old “It’s not you, it’s me” is so often used as an attempt to soften a breakup, you’ll have to tread carefully when talking with family about travel or it could have the opposite effect you want. You could always cite the study mentioned above about how much you directly influence the health and happiness of others in your circle.

By going away to travel and boost your happiness, you’re doing something good for them as well.